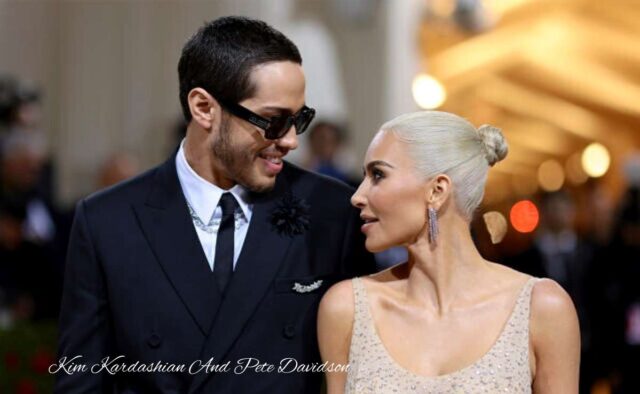 After nine months of togetherness, businesswoman and model, Kim Kardashian and actor, Pete Davidson have splitted their ways. The most loved couple in the public have broken up and decided to be just good friends.

This news has left many of their fans in distress, as the public likes to watch them together.

“Despite having a ton of love, respect, and admiration for each other, they have found it difficult to manage this long-distance relationship, as their busy schedules have made it really rigid to maintain a healthy relationship”, as shared by an insider.

Both of them are superstars in their own fields, on one hand, Kim Kardishian is a very famous and capable businesswoman, model, socialite, and media personality, and on the other hand, Pete Davidson is one of the most successful actors and comedians of American cinema.

Both have their own schedules and timings for their work. Maintaining a long-distance relationship is quite difficult with having such responsibilities.

Reasons Behind The Split: As Reported By The Insiders

According to the news, Pete Davidson is working in Australia for his upcoming movie and Kim Kardashian on the other hand is busy in Calabasas, California with her kids. Kim Kardashian is raising her four kids with her ex-husband Kanye West, as they both are co-parenting.

An insider reported about Kim that, “the divorce with Kanye West is moving ahead” and “they are co-parenting happily and prosperously”.

Long distance had sucked many other healthy relationships in the past as well.

If we notice the page-six source report, says that one of the reasons for Kete’s split is the age contrast between the couple.

Pete is 28 years old and Kim is a 41 years old lady who is also a mother of four children. They share an age variation of 13 years.

Age also makes a lot of impact on a person’s personality. An insider reported, “Pete being 28 years old, is an impulsive and totally spontaneous guy. He wants to be with Kim all the time and wants to take her with him everywhere but Kim is a mature lady and also a mother, she has her own responsibilities toward her children.

She has to take care of her children and has to focus on them and on their future. “All that Pete wanted was not at all easy for Kim.”

In November 2021, it was confirmed by sources that Pete Davidson and Kim Kardashian are dating each other after which we have been able to witness their relationship and love in many of their social media posts as well as in their media visibility.

Both of them are quite cozy with each other at that time.

On the set of Kardashian’s podcast of Not Skinny but Not Fat, Kim talked about her live kiss with Pete, she said that “that was a stage kiss, but still it had that little zing”. She looks like to be in a possession of Pete’s love.

Pete is also very fond of Kim, both of them almost always with each other wherever possible.

They have also made their presence together at MET Gala 2022. Kim also shares the pictures on her insta account. She has a total of 331M followers on insta.

Kim Kardashian is a very hardworking woman who has paid off her hard work. Born on 21st October 1980, in Los Angeles, California, United States. She had married three times till now.

The first one was with famous music producer, Damon Thomas(2000-2004), then with the professional American basketball player, Kris Humphries(2011-2013), and then with the American rapper, Kanye West(2014-2022). With West, Kim has 4 children, North West, Chicago West, Psalm West, and Saint West. Kim is co-parenting her children with her ex-husband Kanye West.

An American actor and comedian, Peter Michael Davidson was born on November 16th, 1993 in New York, US. He is a famous and very successful actor known for his work in the comedy series Saturday Night Live for almost eight seasons. He has been in many relationships before falling for Kim Kardashian, but her love and affection for Kim was something different.

Long distances and responsibilities are the biggest hurdles in today’s modernized and self-sufficient world. Every relationship needs attention and togetherness, and when it lacks, it makes the relationship worthless the same has been visible from the insider reports about Kim and Pete’s relationship.

Why did Kim and Pete break up?

The exact reason was not disclosed by both of them but through some of the insider sources, we have come to know that the long distance and age gap between the ex-couple led to their separation.

What is the age of Kim Kardashian?

What is the age of Pete Davidson?

Does Kim have children?

Yes, she has 4 children.

Ways You Can Prevent Check Fraud

Why Should You Consider Trading Bond CFDs?

Who is Capitol Police officer Caroline Edwards injured in the riot? Know All About