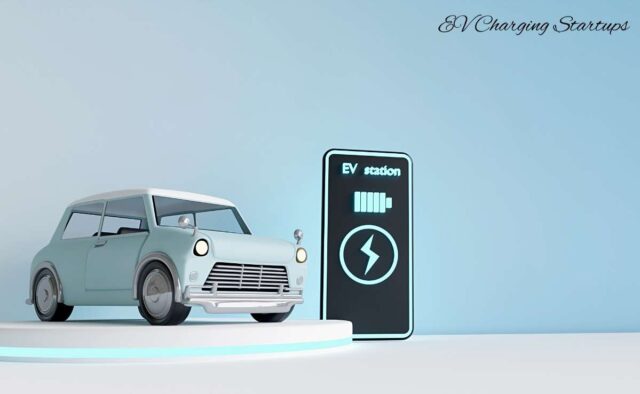 Global EV sales are rising. The global auto industry will be 25% electric by 2030, up from 3% in 2020. Many people want electric cars but won’t buy them without a charging infrastructure. China leads in electric vehicle adoption, but Europe plans a million charging stations.

The French company Bump partners with major builders to set up EV charging stations. The funds are provided through a long-term investment arrangement with DIF Capital Partners. The company’s software stack and staff keep tabs on the charging stations remotely.

As a result of this increase in funding and leadership, a large network of charging stations can be set up. Retailers, malls, hotels, and parking lot management companies are among their clientele. Bump is utilized by businesses transitioning to electric cars in the logistics industry and beyond.

ZePlug, another French company, makes it easy to charge electric vehicles in public spaces like offices and apartment buildings. In return for a recurring subscription fee, the corporation invests in and owns the charging infrastructure in the building.

This industry frontrunner also offers a unique solution for businesses that allows their employees to charge their electric vehicles anywhere, either at the office or at home. As a result, this will help the corporation in its efforts to reduce the carbon footprint of its vehicle fleet.

Based in Slovakia, Greenway Infrastructure creates, installs, and maintains electric vehicle charging stations in Central and Eastern Europe (CEE). The organization works with people, businesses, and governments to improve conditions for electric vehicles.

It works with both centralized and decentralized systems, as well as with prosumers who generate their own clean energy through a distributed network.

Fastned, based out of Amsterdam, creates and distributes charging stations and other solutions for electric vehicles that can be powered by renewable energy. To better serve its customers, the company wants to establish a thousand solar and wind-powered rapid charging stations in key sites around Europe.

Fastned is the industry leader in the development and operation of fast charging infrastructure. So, in just 15 minutes, EV users can get up to 300 kilometres of range.

The widespread availability of IONITY’s High Power Charging (HPC) network has led to an increase in the popularity of electric automobiles for long-distance travel across Europe. Thanks to state-of-the-art infrastructure upgrades, the network can support charging at up to 350 kW.

Each IONITY charging station has four outlets and is powered by renewable energy. It also suggests that there is no pollution caused by these cars, further proving the eco-friendliness of the electric version.

Charging with char.gy is the most practical choice for drivers of electric vehicles. By reusing existing street furniture, we can provide two alternative smart charge outlets for EVs—one mounted on a lamppost and the other on a satellite bollard.

The study’s goal is to find a means to charge electric cars inside houses without garages or driveways. In May of 2018, the first public charging stations were set up in Marlow.

Power Dot’s public charging stations, which will be installed in strategic areas around Europe, will make purchasing an EV more affordable.

Cambridge, Massachusetts’ Nyobolt has created a high-power, fast-charging battery system for vehicles. The company is reportedly working on a technique that will allow batteries to reach 90% capacity in less than five minutes. The goal is to increase people’s current strength and lifespan by a factor of ten.

Charging stations will be used to deliver up to 22 kilowatts of the organization’s clean, low-cost power. The company has lately started conducting trials in London with its innovative technologies.

$5 Per Gallon At The Pump: Here’s How To Save