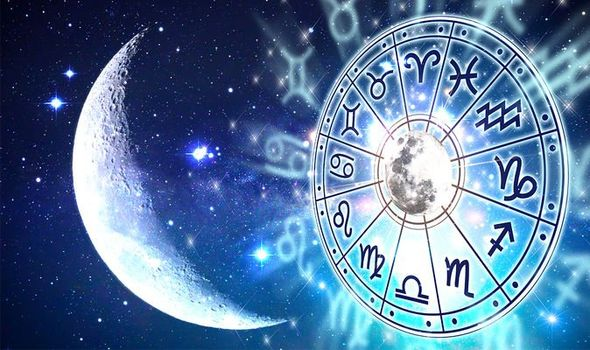 From mythologies to poetries, a crescent or the waning moon has been praised and symbolized in many ways. From a deity to a symbol of love and yearning, it has been idealized, romanticized, and, most importantly, spiritualized. Not only for praise and adoration, but sometimes, it has been closely tied with the supernatural and portrayed as ominous.

Talking about symbolism, the crescent body shares varied meanings in different religions and mythologies. From Islam to Hinduism, from Greek to Norse mythology, and Biblical references, it is symbolic of many things and ideas.

You can find out the most exciting crescent moon spiritual meanings so that the next time you admire the beauty of the lunar phase from your window, you can interpret how symbolic and spiritual it is.

A famous symbol in various religions worldwide, the sickle or the crescent moon generally symbolizes life, death, and fertility. Although these symbolisms vary from religion to religion, one thing is common: it is perceived as a feminine deity. Apart from these, the crescent shape has always lured stories with mystery, darkness, and something supernatural.

In some cultures and religions, this feminine symbol has led to an interpretation that it stands for fertility, birth, and motherhood and is also sometimes connected with the menstrual cycle.

In some religions, it also stands for chastity. Hence, these symbolic representations and their variations add more beauty and meaning to the lunar phases.

Every lunar phase shares a different meaning, and crescent moon spiritual meanings are interpreted differently in every religion. The moon also symbolizes the passing of time and tides, enlightenment, mysteriousness, and divinity. However, the spiritual meaning varies from religion to religion:

Among all religions, perhaps only Hinduism, one of the oldest religions in the world, considers the moon as both a feminine and male energy. The deities ‘Chandra’ and ‘Soma’ represent life, birth, mortal existence, and creation. It is also deeply connected with Vedic and modern astrology.

The only religion in the world that largely depends on the lunar phases is Islam. They use the lunar calendar to determine the dates of their most holy month, the ‘Ramadan’; hence, they consider this celestial body as a guide of the god that leads their way and shows them the path. The crescent one is considered holy in Islam and plays a significant role during Ramadan.

The spiritual values of the moon are extensively found in Christianity and Biblical references. When associated with Mother Mary, a crescent shape represents chastity. In the ‘Old Testament, it is a spiritual being symbolizing life and birth.

Does It Have Ties with Mythology?

The moon plays a significant role in mythologies around the world, most notably in Greek mythology. According to ancient Greek mythology, it has been depicted as ‘Selene,’ a goddess who is a personification of beauty, grace, fertility, and creation. In Latin mythology, Selene is referred to as ‘Luna.’ Not just Selene, there were two other goddesses, Artemis and Hecate, who were also connected with the lunar phases.

In Norse mythology, this celestial body is referred to as ‘Mani,’ whereas the ‘Sol’ is the sun. These two heavenly bodies are considered siblings and are represented as if they are pulling the other celestial bodies and being chased by wolves. Spiritually the moon is a powerful goddess in Norse mythology and part of many legends.

The list of religions and mythologies is never ending when it comes to the symbol and spiritual values of the moon. Since ancient times, it has been personified in many ways by poets, painters and writers.

Understanding PDF Editors – How Beneficial Are They?

What Makes Test Data Management More Important Than You Think?

How to Choose The Best EMF Protective Gears?

Preethi Srinivasan Bio:  A Differently-Abled Co-Founder Of The “Soulfree” Organisation