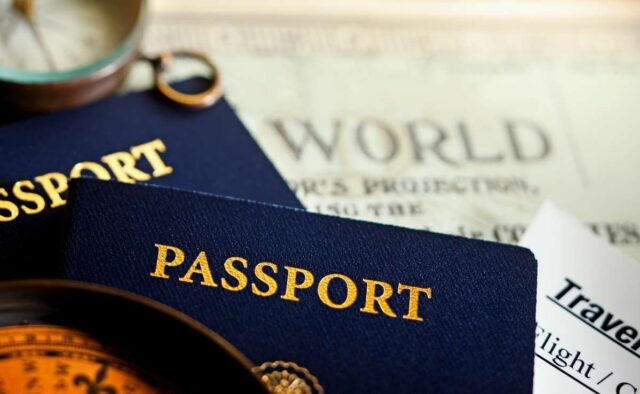 Can A Criminal Receive A U.S. Passport?

In general, if you are a citizen of the United States, you are permitted to obtain a passport, which can be used as a form of international identification and grant you free travel to and from your home country. The government may refuse to issue you a U.S. passport for a variety of reasons, as it is a privilege rather than a right. Unpaid taxes or child support could be one of them.

A minor in possession of travel documents without parental consent would be another. But can a convict obtain an American passport? Your capacity to successfully apply for a U.S. passport will be affected by two key cases in your criminal past, both of which involve felonies.

Can I Still Travel If I Was Convicted Of A Crime?

What kind of felony you committed will determine this. The majority of convicts who have been convicted of a crime and former felons are eligible for passports. However, even if you receive a passport, that does not guarantee that you will be able to go wherever you like.

Felonies That Prevent You From Applying For An American Passport

Passports will not be issued if you are convicted of any of the following federal drug offenses:

According to federal statute 22 U.S.C. 2714, if you were involved in international cross-border drug trafficking and were apprehended and found guilty of it, you are ineligible for a passport since you used it to commit the crime.

The refusal of a request cannot, however, be justified by a prior conviction for drug possession. Additionally, it is impossible for someone to get a passport if they are a suspect in a criminal case, are on probation or parole, or are otherwise prohibited from leaving the country.

Other Situations That May Prevent You From Applying For A U.S. Passport

Even if the following are not considered felonies, they may nonetheless have an impact on your ability to apply for a U.S. passport:

Can A Felon Recover Their Passport After Being Confiscated?

In order to deter a felon from escaping to a nation that does not have extradition relations with the United States, the Secretary of State has the authority to cancel a passport, even if it is not taken.

After serving your term, you have the option to apply for a new document, provided that you were not found guilty of a felony involving international drug trafficking or distribution. However, this does not imply that, given your criminal record, every other country will immediately accept your passport.

What Credentials Are Needed From A Convict To Obtain A U.S. Passport?

You must submit the identical documentation as everyone else:

Keep in mind that for the government to accept a U.S. passport photo, it must adhere to certain standards. The United States has established certain requirements. Size, resolution, facial expression, surroundings, head posture, and more Department of State-related factors.

Now, you can use our online passport photo tool to take your photo at home, even with an Android smartphone. With this photo service, you won’t even need to leave your house to receive your passport shots. You simply need to upload a picture of yourself that you believe is appropriate for use as a U.S. passport photo, and our AI system will verify it for you.

The likelihood that your photos will be accepted by the U.S. passport services is very high because Passport Photo Online takes pride in having an acceptance rate of almost 100%.

Final Thoughts On Whether A Felon Can Obtain A U.S. Passport

As you can see, not everyone with a criminal past is immediately ineligible to apply for a U.S. passport. Your application can only be rejected for crimes and misdemeanors if you have a history of using drugs or if you owe more than $2,500 in back child support.

The first thing to do if you’ve ever been convicted of a felony and want to travel abroad is to confirm that you don’t have any prior convictions for drug trafficking or distribution abroad. Should this be the case, you can apply for your travel documents.

Can a convict obtain a passport in the US?

The majority of convicts who have been convicted of a crime and former felons are eligible for passports.

Can convicts travel to Mexico?

Can a criminal with conviction travel on a cruise?

Criminals are capable of everything?

Voting, jury duty, obtaining a commercial driver’s license, owning a firearm, and enlisting in the US military are all prohibited.

Which cruises are available to felons?

Both types of cruises are open to criminals.

Icertis: After A Recent $80m Funding, Icertis Is Now Valued At $2.8b